One of the few running belts designed specifically to conform to the female form, the Fleetfoot II is also one of the most full-featured belts available—though at first glance just another minimalist pouch-centric belt, its numerous easily-overlooked features place it among the best choices for women (or men with prominent hips) who enjoy a good run. 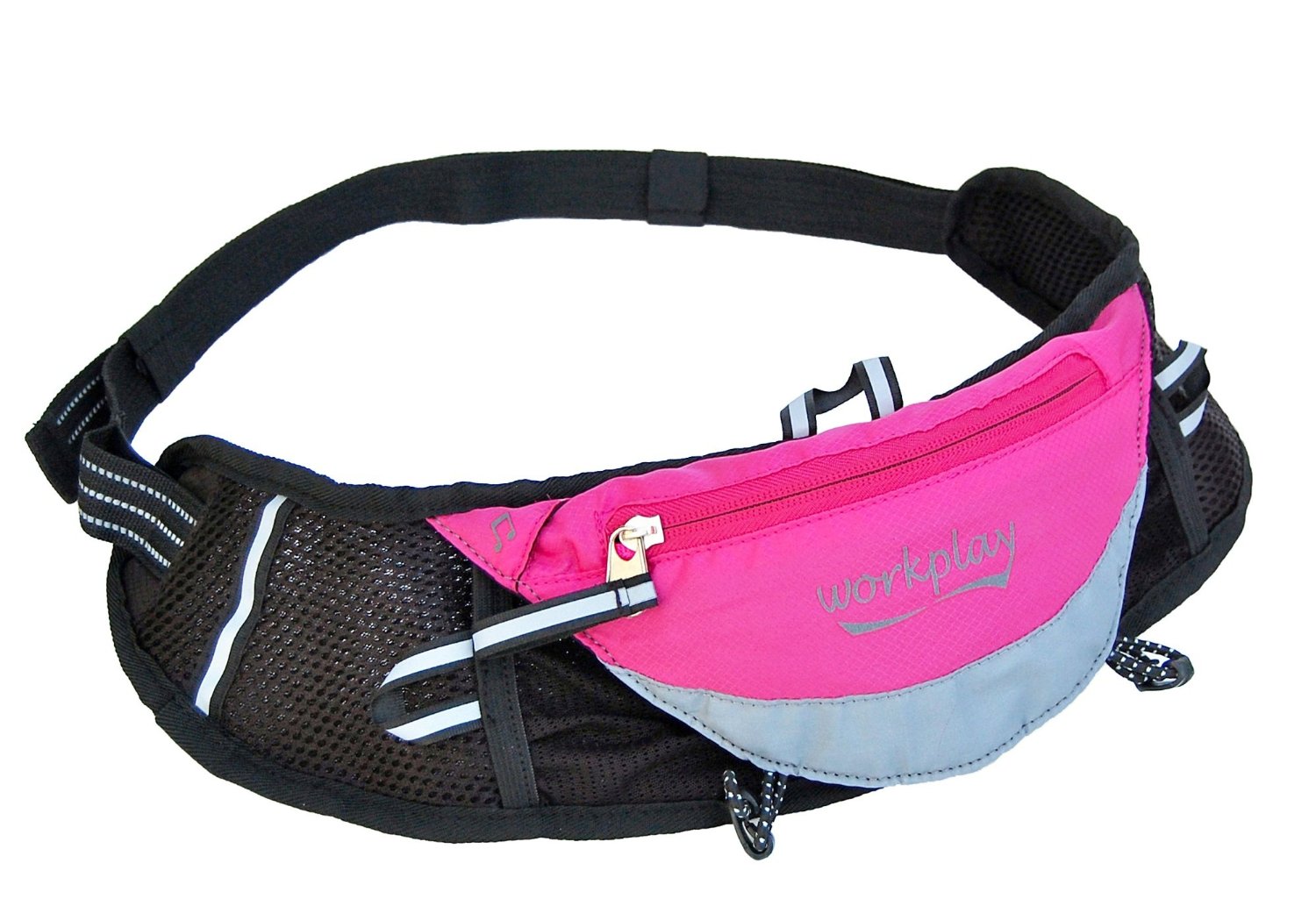 The shape of the belt is structured to fit the curvaceous body, built to rest just above your hips with the pocket in the small of the back. While some running belts will jostle uncomfortably at such a height, the adjustable band and curved construction keep it securely in place. A combination of padding and mesh provides the perfect balance between comfort and breathability. An elastic loop allows you to tuck excess strap away—a strap that’s long enough to allow use by runners with a waist circumference of up to 44″. Other loops near the pocket allow you to easily rotate the belt around your body to access the storage.

The compartment is fairly large, capable of fitting a smartphone, keys, snack bar and small map simultaneously. A pocket divider allows for organization and scratch prevention. One of the pockets is lined with microfleece, a particularly insightful touch—put items more likely to jingle inside this one to suppress noise while on the run.

It’s little touches like this one that really set the Fleetfoot II apart. Safety is clearly a major concern of the manufacturers. In addition to the reflective strips included on most belts, there’s an included “in case of emergency” tag, with spaces to fill in contact information should the worst befall you or the belt be somehow lost. An iPod hole in the pocket lets you feed earbuds through to your device inside, allowing you to listen to music without leaving the zipper ajar.

And there’s even more opportunities for carrying things about. A tubular pocket hidden behind the main pouch is made for carrying 500ml water bottles or similarly-sized objects. Other bottle volumes may require some experimentation, since some runners report occasional slipping, but the secret hydration-carrying feature can be extremely useful. And the stretchy loops on either side of the general storage pocket have a second use in addition to handy belt rotation—if you like wearing a light waterproof jacket in the morning or on ill-weathered runs, but find that occasionally it gets to warm to keep it on, you can tuck the garment through the loops for convenient storage.

Then, finally, there’s the choice of color scheme. There’s the pink-pocketed option shown above, but if that strikes you as too girly, there’s also pure black.

You can find the belt exclusively on the company’s website.