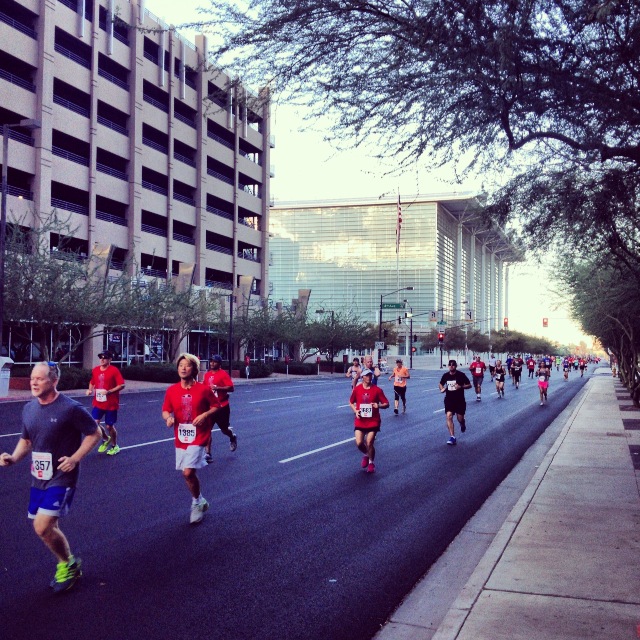 My wife ran in the PHX10K Half-Marathon on Sunday, November 3, 2013 with a finishing time of 2:28:39. While the event is officially called the 3TV Phoenix 10K & Half Marathon everybody refers to it as the PHX10K including the event promoters. The race event started at 7 am so we had to leave the house at 6 am to get there and find the starting line. In addition to the half-marathon my wife ran in, they also have a 5K, a 10K, and a 1-mile run for the kids. This was Jana’s first half-marathon and before this, she had been participating in 5K and 10K events.

This years event was the 38th annual and had a participating crowd of 698 runners in just the half-marathon alone. This is a fairly large event for Phoenix, all things considered. 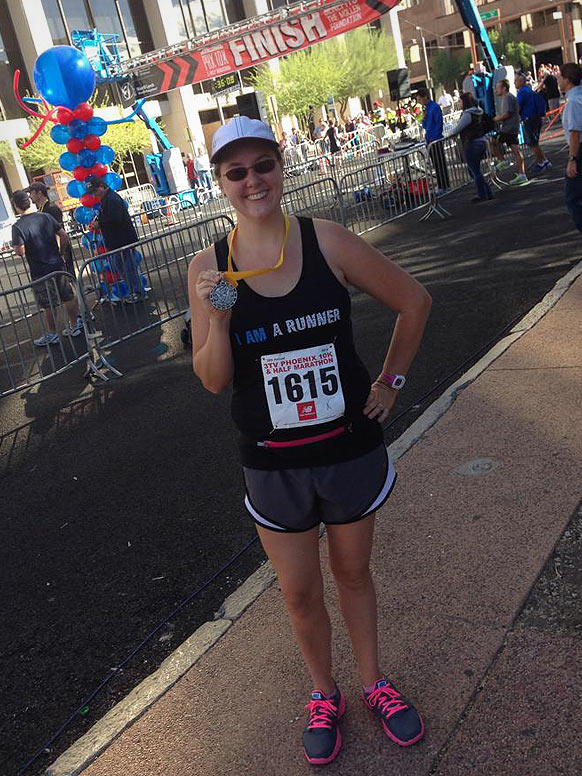 As you can see in this photo, Jana wore a running belt she had recently purchased from Amazon.com. This is a fairly new and simple running belt for Phones, snacks, and other accessories. This particular running belt is from Tapp Collections and is the Exercise Runners Belt 22cm – Black Magenta model. Jana likes it because it hugs her body and doesn’t bounce around like some other running belts she has tried.

My name is Chris and I am a web site designer with a love of the outdoors! If you're looking for a new running belt, let my web site be your guide! I'll help you find the best running belt for running, hiking, or even walking. Thanks, and email me with any questions.