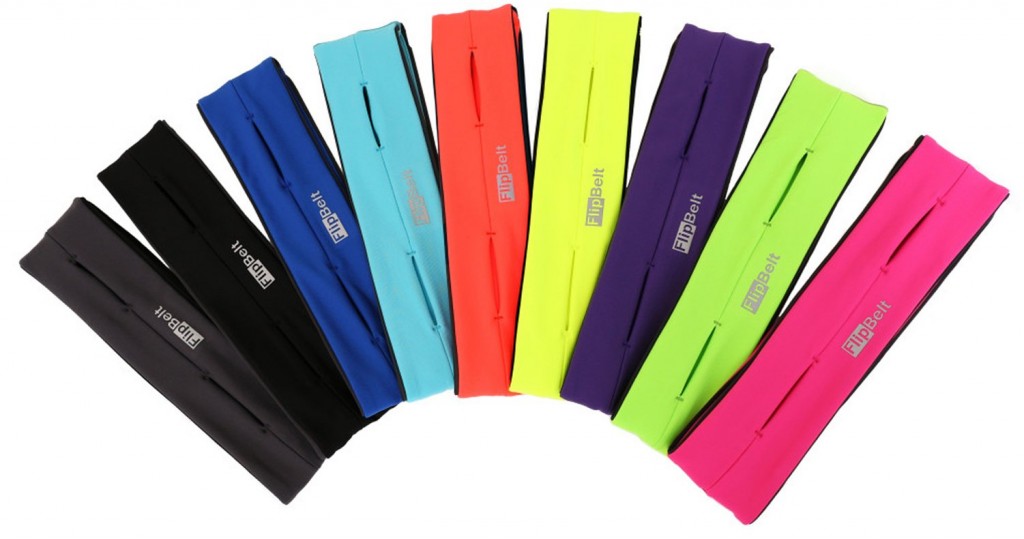 The FlipBelt is a running belt that works on a unique principle, setting it apart from everything else on the market. The goal is simplicity—the entire belt is made of a single piece of material, providing an elegance that makes every other belt look like a fanny-pack.

The four-step image below demonstrates the FlipBelt’s ease of use. Simply insert the item you want to carry into one of the four apertures (two in front, two in back, when worn normally), slide it in until it’s fully secured, and flip the entire belt inside-out to keep it absolutely safe. 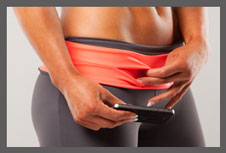 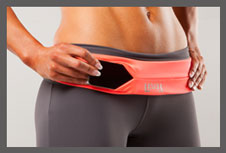 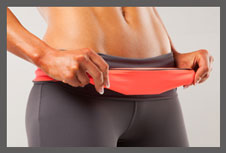 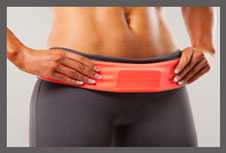 The Spandex/Lycra-blend material not only holds the belt snug against your waist but keeps the contents from slipping around the perimeter, which means you can usually skip the second two steps the abdomen pictured above demonstrates—with the openings on the outside you can easily pull objects out while running, or listen to music on your mp3 player or smartphone of choice by running the cord of your earbuds through one of the slits. It’s up to you!

This material is not waterproof, however, which is one of the FlipBelt’s few drawbacks. Given that it is made of a single piece of material, heavy sweat from a long run will soak through. The belt comes with slipcovers for your electronics for extra protection.

The belt is 3 inches in height, which allows it to carry almost every phone on the market. A few, such as the Samsung Galaxy Note series or the Otterbox iPhone case, have too great a width to guarantee a fit, though given the FlipBelt’s stretchiness you might be able to squeeze one in.

Overall, the FlipBelt is an exciting new running belt that tackles the problem of carrying things while running in a unique way.