For runners who demand the most lightweight, streamlined running belt, the SPIbelt is the most popular choice. And for good reason—though its level of specialization can frustrate runners who need to carry more with them, this belt does what it does remarkably well. 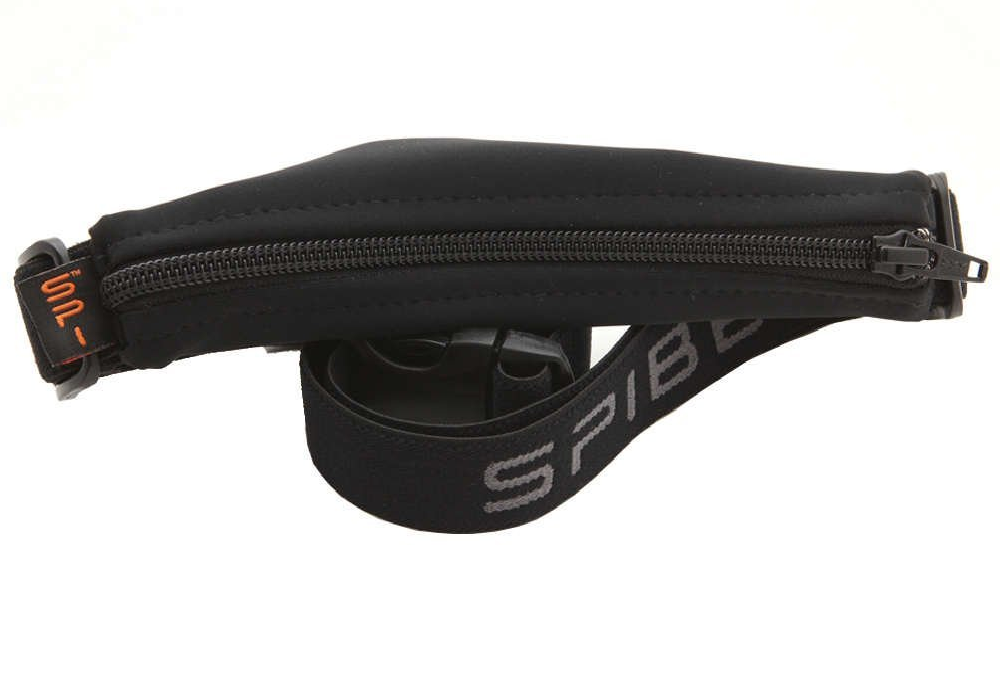 The SPIbelt has a very simple design, consisting of a single zippered pouch on a standard buckle-and-glide strap. The 6-inch-long pouch, when empty, appears to be no larger than the strap itself, but is capable of expanding to a full 3 inches wide by 2 inches deep, allowing it to carry most smartphones.

And here’s the one important limitation—you won’t be able to carry much more than that. The “SPI” in the name is short for “small personal item,” and that’s what it’s for. Users frequently store a phone, keys and a couple packs of Energy Beans or GU Energy Gels in the pouch, but that’s just about maximum comfortable capacity. With brute force you can squeeze a couple extra gels inside, but if you’re doing that you’re better off choosing another belt.

If you don’t need to carry a large number of items in the pouch, however, the SPIbelt is as lightweight, unintrusive and compact as they come. The sturdy strap can be used as a way to hang objects such as sunglasses and water bottles external to the pouch, as well, allowing you to carry more than expected.

The Spandex/Lycra blend is not waterproof, but given the belt’s construction, sweating through is rarely a problem. And there’s a considerable range of stylistic options. The standard belt comes in 18 different color combinations, as well as in several abstract patterns and American flag print (some proceeds from which go to the American Widow Project). A large-pocket version (8×4×2″) provides more capacity, and the option of  neon straps and foil facing improve visibility for night runs. Note that the metallic material is less stretchy than the standard SPIbelt fabric, which means that foil belts carry slightly less.

While it might not be enough for a marathon, the SPIbelt is ideal for short runs, treadmill practicing, and any time you want to carry a few items hands-free.

The belt can be purchased from the company, and from numerous online stores.