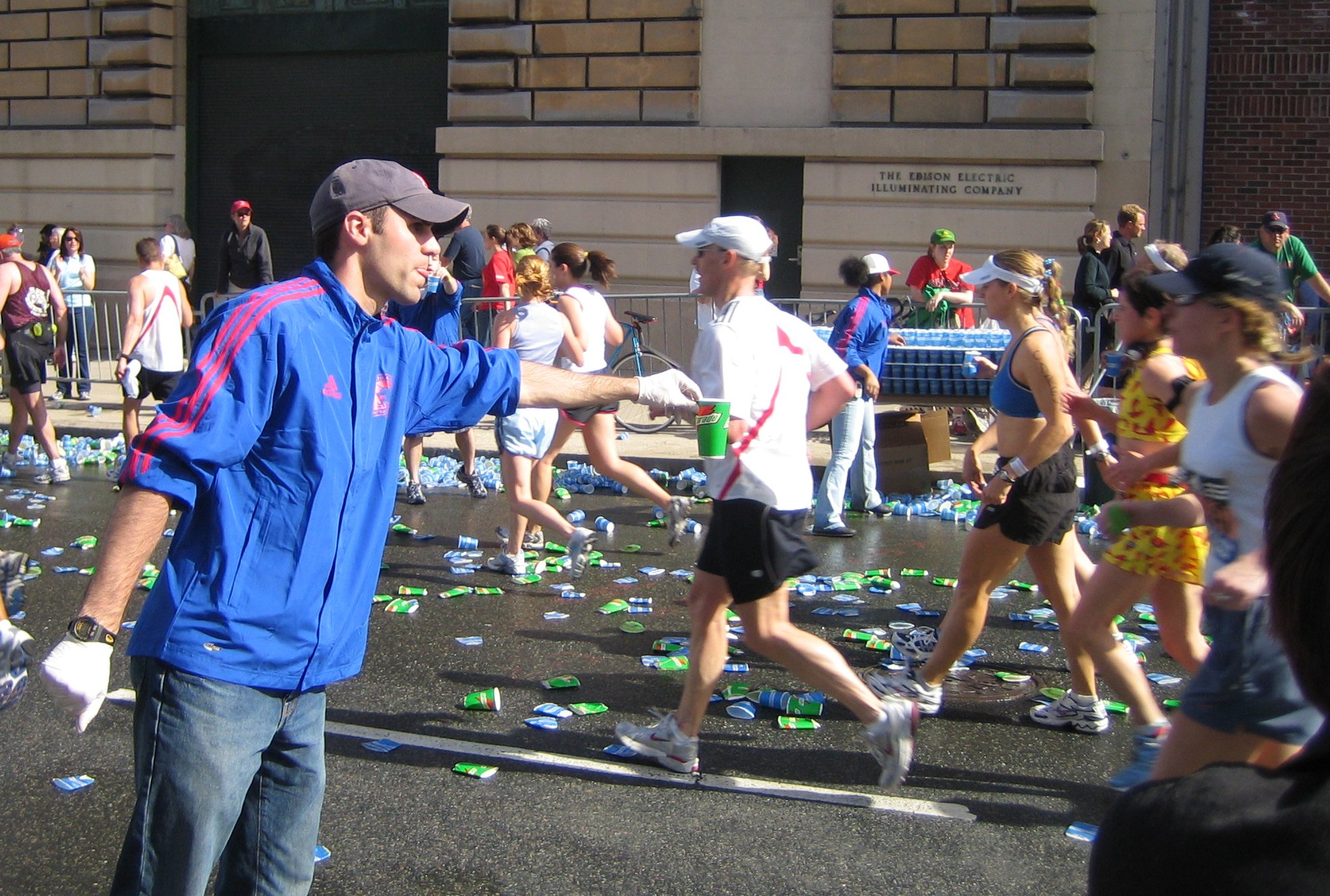 A notable subspecies of the running belt is the kind designed to hold water. Staying hydrated is one of the most important parts of an endurance run, and storing the liquids you need on the belt frees up your hands and balances the weight better than arm-strap-mounted alternatives. Here’s five of our favorites in no particular order:

Fitletic 16-oz. Hydration Belt
The silicone grippers and ergonomic design of this belt completely eliminates bouncing or discomfort, even when carrying two full bottles of water. The neoprene pouch will keep your smartphone dry, as well as a few other items if you’re phone’s small enough. The main event is the easy-access bottle holsters, which allow you to carry 8 oz. on each hip (a smaller 12-oz.-total model is also available). The included bottles feature quick-flow race caps, eliminating the need for any teeth-tugging or other methods of mid-run opening. All you have to do is point the bottle in the direction of your mouth and give it a squeeze. The downside of this is that squeezing can sometimes happen involuntarily—the most common complaint is that the bottles occasionally leak. But while the bottles may be cheap the belt itself is as good as it gets, with other perks including exterior gel loops, race bib toggles and reflective material.

Fuelbelt Revenge R3O
Sometimes two bottles just isn’t enough. The R3O provides 7-oz. bottles in triplicate, holstered one next to the other right behind your back. The weight distribution is such that, despite the serious quantity of water you’ll be carrying, it feels like almost nothing at all. The belt itself is elastic with velcro fasteners, providing a very stable fit. The plastic holsters are contoured for ease of bottle removal and reentry, and feature a Thermofoam padded backing that wicks away sweat and condensation alike. There’s a zippered pouch for phones and such errata, but if you prefer to run technology-free you can slide the pocket off for more streamlined action.

Nathan Trail Mix 4
And then there’s the next level. Four 10-oz. bottles provide serious hydration, but still manage to avoid weighing you down. As the name implies, this belt is aimed at hikers as much (if not more so) than runners, but if you’re doing solo endurance runs it’s exactly what you need. The bottles are spaced equidistantly along the monofilament 20%-stretch belt, which features two points of adjustment for customizable comfort. A small pocket allows for non-liquid storage. N.b: bottle leaking is a common complaint, but it’s due to user error, not product inferiority. Thread the caps properly and screw them tight, and the water will only go where you want it to—in your mouth!

Nike Storm 2-Bottle Training Waistpack
If you find yourself only in need of enough water to stave off cottonmouth, or simply want a more balanced bottle-to-storage ratio, the Nike Storm may be more your thing. Two 6-oz. pop-top bottles strap onto the main pocket, of a size reminiscent of traditional non-hydrative belts. The foam-padded pocket and back panel are connected by elastic webbing to fit snugly, and include reflective material for evening runs.

Amphipod Full-Tilt AirStretch Velocity
Unlike the multiple-bottle approach most other hydration belts take, this one does it minimalist-style with a single 20-oz. bottle. Its ergonomic design hugs your lumbar spine, allowing you to carry a lot of water in one place without it throwing you off-balance. Positioned sideways for convenient retrieval, the bottle rests against the AirFlow vented backing to keep you cool while you run. A tiny pocket on the outside of the bottle sleeve won’t hold your phone (though clipping it onto the belt is always an option), but is ideal for keys, cash or gels.